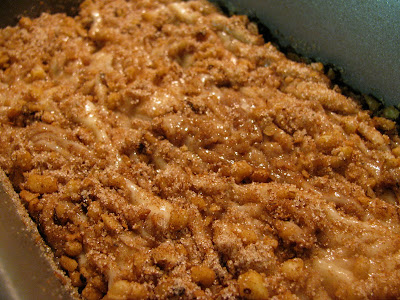 I wanted to use up the buttermilk I had recently purchased.  I hadn't baked Ron a breakfast bread in a while so I decided to pull up a recipe that I had bookmarked a while back for cinnamon swirl bread.  Ron and I are huge fans of all things cinnamon and sugar.  Honestly, I contemplated naming my blog "Cinnamon and Sugar Buttered Toast" because I normally eat this in addition to my daily PB and Graham.

Ron's ideas of "breakfast breads" differ from mine.  I like things with fruit, grains and minimal sugar.  This breakfast bread would probably fall along the lines of what I would call a breakfast cake.  Regardless, it's amazing. 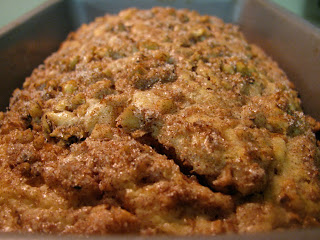 Note:  the blogger who made this bread prior mentioned that her bread had sunk in the middle and the inside had not fully cooked.  Be careful, if your break sinks, it might not be completely cooked.  Also, use caution with the "do not overmix" language.  They aren't lying! 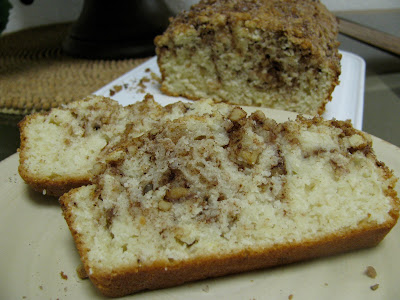