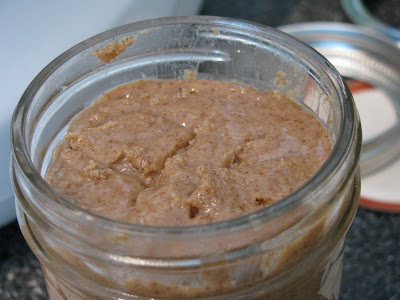 When I started this blog, I chose the name 'PB and Graham' because those two simple items are such a staple in my life.  In 2006, I was training for my first marathon and searching for some type of quick snack that would refuel me after my longer runs.  It was tricky.  I needed something that I could tolerate and something with protein.  I decided to try out some peanut butter on a graham cracker.  Fireworks went off around the room as I tested it out and our relationship began.  So simple, but so good.

Since then, I have had this snack every single day, even if I haven't run a long run.  Sometimes, the snack comes in the afternoon (and sometimes with added dark chocolate chips and cool whip!).  But most often, I eat this right before I go to bed, anywhere from 10:30 - 11:30 each night.  It's odd; I thought I would have been sick of this by now.  But, I crave this stuff and I'm convinced that my body needs it.  I can't seem to fall asleep without it. 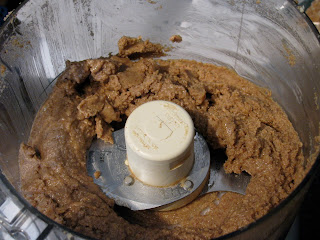 One day, I came across a recipe for almond butter on one of the blogs I followed.  It looked so appealing that I ran out to the store to buy a food processor.  However, I chose to buy an apartment size food processor and it could not handle the almonds!  Sadly, my first attempt failed, broke the food processor and I continued forward with peanut butter.

But, I never forgot about the almond butter recipe.  So, when I saw Macy's had a sale on Cuisinart, I rushed over to buy a 7-cup processor.  Super excited, I loaded up the ingredients, pressed ON and... nothing.  I purchased a broken food processor, learned a valuable lesson, and promptly returned it to get one that was equipped with a working motor.

Today, after nearly a year of waiting (pathetic!), I finally made this almond butter.  I roasted the almonds.  I waited patiently for them to cool.  I put everything in my food processor (having tested it first) and pressed ON. The nuts quickly crumbled into a fine dust and after about 10 minutes they became a smooth butter.  20 minutes later, the recipe was complete and I had a large jar of maple almond cinnamon butter.

It seemed fitting to try my new nut butter on a graham cracker as I had been waiting to do this for so many months.  I sat at the kitchen table, as Cali laid on the chair watching me with one eye open, and I took my first bite.

Cali blinked, closed her eyes and went back to sleep, but I knew she understood. 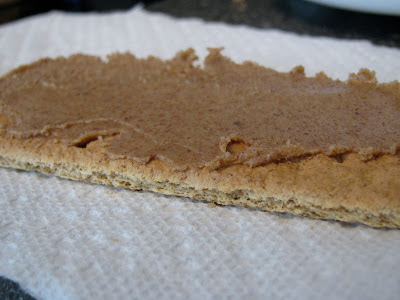