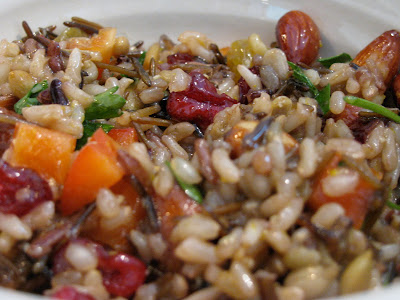 I wouldn't exactly call myself a recreational rider.  Actually, I think that I would like to officially declare myself a cyclist.  I log over 150 miles on my road bike each week, so, yes, I am a cyclist.  However, I'm not so much of a cyclist that I compete in time trials or bike races.  Ironically, I actually think I would fair better in a bike race than in a foot race.  I typically average a 19-25 mph pace on my bike and, depending on weather conditions, I've even witnessed some low 30's.  I can comfortably ride at that pace for anywhere from 30-40 miles.  But, bike races will never be in my future (save for triathlons).  The reason?  I would fall.  I would be the one cyclist who does something so completely stupid that I fall and wipe out 20% of the pack.  Running is still my sport of choice.  And, even though I may have more potential in biking, at least my running falls occur at a much, MUCH slower speed.  I fall enough on my own two legs to realize that I should not be mixed with a large pack of cyclists clipping along at a hefty speed.

I am so terribly clumsy.  In the past week, I have found 4 large bruises that occurred simply because I bump into things.  Perhaps the worst bruise came from the fall I had while walking down our stairs the other night.  It was dark, I was groggy.  Ron was on the couch.  I was coming down the stairs and underestimated where I was.  I missed 2 steps!  TWO!  I was a full foot and a half away from the floor, yet I decided to somehow step, fall and take out another piece of furniture in the process.  The pain was ridiculous!  I landed hard on my left hip and somehow twisted my right knee.  I also scraped the whole underneath of my left elbow.  I don't think Ron knew what to do.  He jumped up and was just in a state of shock because the entire house seemed to move when I fell.  I was crying hysterically, but also laughing hysterically.  I still don't know what happened.

As I was sore the next day, I had more time to spend in the kitchen because I couldn't seem to walk correctly.  I was looking for a summer flavor with hearty ingredients.  I decided on this salad because I had everything on hand.  What an incredible recipe!  The flavors were awesome and I loved the citrus dressing.  I added some cranberries and golden raisins to add a bit more fruity texture.  (I'm lying.  I added them because I was gathering my seeds from a trail mix blend and I was too lazy to take out the dried fruit.)  It ended up tasting delicious and I loved the extra energy boost.

Oh yea.  See that diced bell pepper?  Yep.  You can pretty much assume that anytime a recipe calls for anything diced, part of my finger will be diced in the process.  This recipe was no exception. 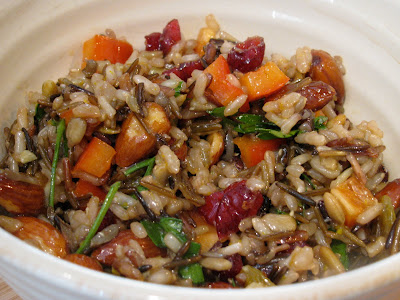