First and foremost, we remember the fallen.  We will never forget the victims and their families.  We remember the volunteers and their efforts.  And, we respect the courage of the men and women who fight in honor of this beautiful country.
We Remember.  September 11, 2001.  God Bless America. 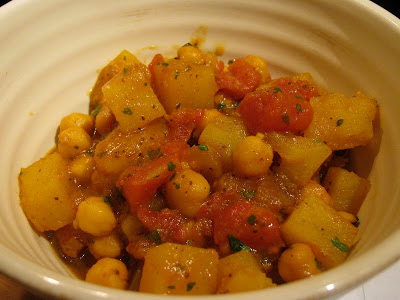 One thing I miss the most about Pittsburgh is the fact that I was well-acquainted with the restaurant scene.  I had staples that I relied on and often frequented.  The little coffee shop on N. Craig Street near the Carnegie museum became my most reliable stomping ground.  Their sunflower bagels were my favorite weekend treat.  Saturday trips to the Strip District were never complete without lunch at Cafe on the Strip.  Their wedding soup was to die for.  A few years ago, Ron and I decided we would pay whatever it would cost to ship their soup out to wherever we got married.  Pizza at Italian Village.  Sandwiches in Shadyside.  Fine dining at Sonoma Grille.  Asian at Lulu's.  And of course, indian cuisine at India Garden.

I remember back when I was a freshman in college and my sister introduced me to indian food at India Garden for my birthday.  We walked to the restaurant (I miss walking everywhere: to school, to work, to the grocery store, to dine, to drink, to shop...), we tried, we sampled, we ate, we enjoyed... I fell in love.  The vegetable samosas were amazing.  Their naan was incredible.  I became a regular.

Then once I started dating Ron, I introduced him to India Garden.  Ron and I have some funny stories from the start of our relationship, but I think that his first experience with indian food is one of my favorites.  In the beginning, he would go along with whatever I wanted, solely to impress me.  At the time we met, I don't think Ron had eaten anything outside of McDonald's, KFC, Antoon's Pizza and burritos from the nearby 7-11.  He was timid while ordering his curry potato dish.  And, when the server asked how hot he wanted it, he answered "umm, around an 8 or a 9, I like spicy."  The server looked at him like he was a lunatic.  I said, "Are you sure you want it that hot?"  "Of course," he said.  "How hot can it be?"

I laugh.  For those who are not familiar, indian food can be VERY spicy.  And well, Ron sat there, eyes watering as he ate a total of 5 bites of his food then assured me that he simply "wasn't that hungry" and let the waiter take the dish away.  He drank about 5 glasses of water.  At one point, I thought was going to kill the waiter for not bringing water around fast enough.  I think he even asked for milk when he realized that the water was not doing anything to help his burning mouth.   It kind of reminds me from that scene in Along Came Polly when Ben Stiller's character reluctantly agrees to eat at a ethnic restaurant and spent the night sweating, sick and hating his life.

I, knowing that ordering anything above a 5 at India Garden was virtually suicide, loved my meal and enjoyed it thoroughly.

Well anyway, I don't have those familiar culinary experiences in Minneapolis.  I haven't found my go-to restaurants, including a decent indian restaurant and it saddens me.  So, considering I had a $9 jar of garam masala in my cupboard, I decided it was time to take matters into my own hands and cook my own indian food.  I'm not sure if this is a *true* chana masala recipe.  But, it was good.  It satisfied my indian craving and I'll definitely make it again. 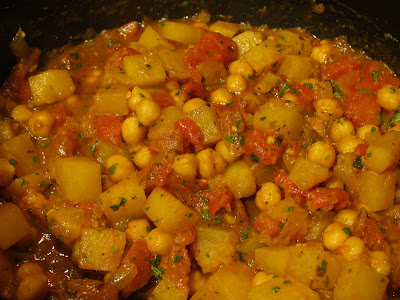 Chana Masala
Meg Kat
Ingredients
*If you do not have garam masala, substitute with 2 tsp of the following recipe:

Instructions
Posted by PB and Graham at 9:41 AM