Ron and I have arrived in Seattle, Washington. After what seemed like 7 months of pure hell, for various reasons, we are "settled" in our new surroundings. We're slowly acclimating to our new house and state. I love the beauty and diversity that is Seattle. It will be exciting to explore its nature and culture. I'm currently not loving its topography. Seattle appears to be built on a mountain. Every workout has kicked my butt! (No pun intended.) I keep rounding these bends and my two wheels or legs are faced with a mega-climb. I'm also getting mixed up with the time difference. And I need to remember that 70 degree summers are a lot different than 100 degree summers, especially by water. Shorts and tank tops just don't seem to cut it on a walk around town in Seattle. 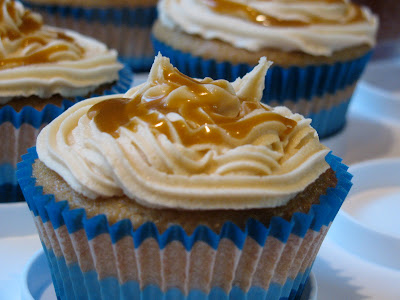 I thought about starting a blog to document our experiences in Seattle but quickly nixed the idea. Blogging is hard. There is a nagging pressure that occurs when I don't blog for a few days. The disappointment of losing so many blog postings frustrated me so badly that I was having a difficult time starting back up again. But I decided to return, if only for just a once or twice a week posting. And with my return posting, I've decided to celebrate the event of the year: Harry Potter and the Deathly Hallows: Part Two. The end is here; the end of the Harry Potter series. Granted, there are still things to look forward to: rereading the series, visiting the Wizarding World, visiting Leavesden Studios, watching the movies, and of course, Pottermore! But it's still sad. Quite depressing actually. I spent the entire duration of the live London premiere in tears. I still don't know if I'm happy, relieved, angry, or sad. I can't imagine how Jo felt. Or the editors. Or the actors. Or directors. Or producers. Or crew. Or anyone involved!

I was fortunate enough to once again win tickets to the advanced screening of the Harry Potter movie and was able to view the movie 4 days before everyone else. We got in line with about 500 other people eager to view the screening and still landed great seats! We watched it last night, so Harry has ended for me. I won't disclose any details about the film, but it was incredible. It was everything I imagined it would be - very intense - and by far the best film of the series. I sobbed uncontrollably for a large chunk of the film. Jo Rowling's world has been a part of my world for a very long time now. It's hard to say goodbye to the big screen, but as Jo said at the premiere: Whether you return by page or big screen, Hogwarts will always be there to welcome you home.


These cupcakes were a lovely way to celebrate the end of Harry Potter. I saw them posted several months ago when the first part of DH was released and I've been eager to make them. They are very, very good. There are a few steps involved but they come together pretty easily. The ganache can be pretty messy so make it thicker if you prefer. Harry Potter fan or not, these cupcakes are divine and will be enjoyed. 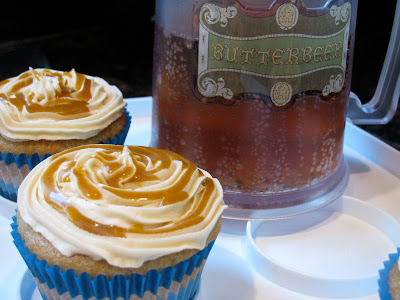