I've put on a lot of miles since we've arrived in Seattle. For one, it's easier just to walk, run, or bike wherever you need to be. Less pollution, less stress, less money, less idiots... see, lots of benefits! Plus, I'm sure you've heard about Seattle traffic. Especially where we live, traffic is a bear. There's really only one main bridge that crosses over the Bay to our neighborhood. Shortly after we moved here, Ron was on his way home from work. He called around 2:30 to say there was a jam and they weren't moving over the bridge. (*You should know, we had plans to see the Harry Potter screening that night. This emphasized the horrific situation.) Flash forward to 5:00. I had finally hopped on a bus and was crossing over the West Seattle bridge to get into town during rush hour. I saw what had caused the jam: a semi had lost its back wheels (this apparently is not uncommon!) and blocked the entire entrance onto the bridge so no one was able to cross from I-5 for 4 hours. If you know anything about the highway system in Seattle, you will know that this was bad, bad news. 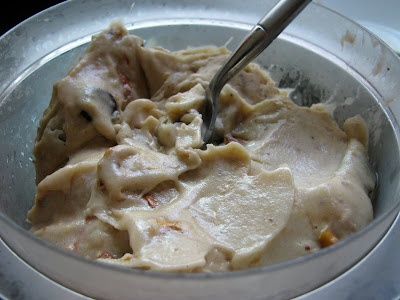 So I like my two legs and two wheels for many reasons. But, walking can be problematic because Seattle is a confusing city to navigate. At least I think so. I'm used to Chicago. And Minneapolis. Both intelligently designed cities that are laid out like a grid. Like a city should be laid out. So, if you are on one of the main streets heading south, you know that at some point you will intersect with the main street heading east/west. And you will be lost no more. Nope. Not here. Streets just end. At least in the neighborhoods they do.  And you have nowhere else to go! So, if you walked 1 mile down the street. Then you're walking 1 mile back to get to where you started. And apparently 'Dead End' signs do not exist around these parts.

There's been quite a few afternoon strolls that have turned into inadvertent treks. Like, the 3 mile walk that turned into 9.7. And the day that I accidently logged 18.3 miles total without realizing it until I tried to get out of bed the next day. And of course, yesterday. When I tried to go for a quick walk up to the running store to pick up my new running shoes. And naturally, got lost. 1.5 miles turned into 7.8, 4 of which were at an 8% grade (I know, I mapped it out!). So much for a rest day. I can't feel my butt.

So what does this "ice cream" have to do with this all? Nothing. Except the fact that I ate a lot of it as soon as I came home from yesterday's debacle. To me, frozen bananas are a perfectly fine substitute for ice cream. And because my waistline can't afford to eat real ice cream as much as I'd prefer, this is a wonderfully easy treat to enjoy after an adventurous day. Plus, you get the added bonus of getting rid of some bananas that are quickly running past their prime. You can add any mix-ins that you'd like - strawberries taste amazing! - but I prefer the sweet and salty flavors from this chubby hubby version.

*Fortunately, all was resolved shortly after and Ron somehow made his way into town in time for the Harry Potter screening. 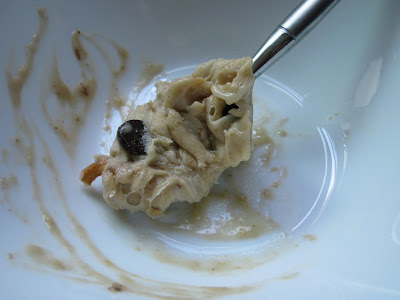