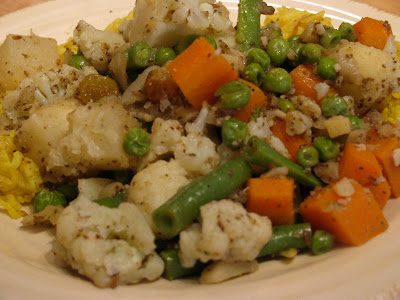 Vegetable Biryani
from Food Network
Yield: 4-6 main courses
Ingredients
For the Rice
For the Vegetables

Instructions
Posted by PB and Graham at 10:41 AM