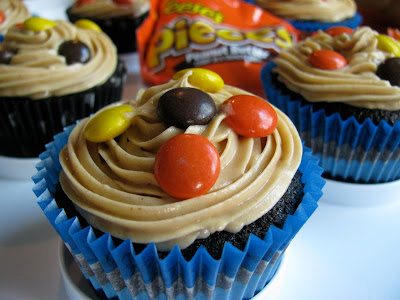 I don't like leaving my blog unattended. Finding recipes and writing about them on my blog is one of my absolute favorite things. But I have been dealing with some health stuff lately that has left me struggling to find an appetite and struggling to find motivation to write. I've often dealt with similar stomach woes - this past year has been plagued by them - but it's been pretty bad lately. I've gone three weeks where I wake up feeling full and go to bed feeling full, yet there is minimal to no consumption during the day. The other day, I had to force myself to eat some toast just so I could get some type of calories in my system but ended up giving it to Ron mid-bite. For a person who normally has a ravenous appetite, it's really quite depressing when you feel like you're stuffed to the brim every waking hour. I miss food. I'm sick of wandering around the grocery store like a lost dog and canceling dinner reservations at the last minute. So unfortunately blogging about what I haven't been eating hasn't appealed to me.

Yesterday morning, I ventured to the doctor to get checked on, again. I expected it - which is why I put off the appointment - but she asked if I was doing it intentionally, alluding to a possible eating disorder. Trust me, I'd be eating something if I could and I told her the same. It's complicated when trying to explain this problem. To say I "don't have an appetite" is a severe understatement. Some of you might recall that the reason I had such a poor showing at the 2010 Twin Cities Marathon was because I had no calories in my system... so for over a year, I have had far too many days where I go without eating anything, for weeks at a time. We'll see what happens ... I'm really not trying to be a hypochondriac and it's likely nothing serious but I wanted to at least explain my absence from posting.

So why is there a picture of a cupcake here? Well, I realized that today marks the second-year anniversary of PB and Graham. And even though I haven't posted as much during this past year, I still love my blog and I still continue to research recipes. At some point, my appetite will return and I will once again start making new things. But for now, I will celebrate my two-year anniversary with some delicious cupcakes that I made for a dinner that Ron and I had over the summer. Even though we ate them in August, I still remember how awesome they were. I left off the ganache (because I grew impatient). But you can click on the Novice Chef link below if you want the extra indulgence. Happy Birthday, PB and Graham! 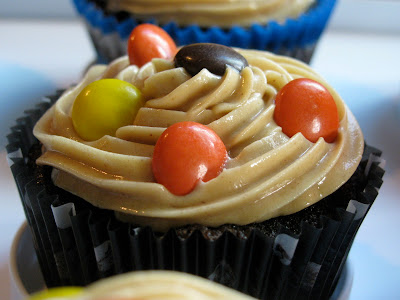