Well, another year has come and gone. I'd be lying if I said I wasn't incredibly eager to welcome 2012. 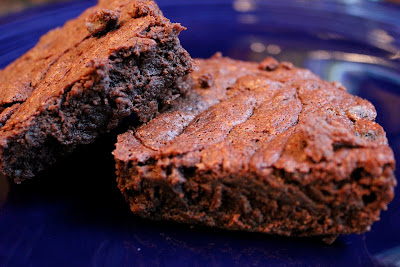 I clicked on my New Year's Eve post from last year and laughed when I read through it. I was excited about 2010 and the prospects that were to come in 2011. After the new year began, I was all about the lucky foods that we would eat to ring in the New Year. Well, wow. We sure ate well but I'm 110% confidant that all of that stuff about foods bringing "luck" was a total crock of crap! 2010 was a good year. 2011, not so much. But... it has been a year of growth and lessons learned. So, that's a healthier way to look at it. And that is my New Year's resolution: to think more positively and to look forward. In regards to 2011, I will remember the positive things that did happen. My sister got engaged! Ron's career blew up. We traveled across the country, saw new places, and we vacationed in Whistler, B.C. and San Francisco. I managed to finally make my law school's Dean's List, a task I had been intent on doing since I began school but always fell short. Even more exciting, it was during my only full-time semester and when I had the hell that was Advocacy! So, bravo to me! (Toot toot.) We also grew: as people, as a couple... and we are stronger, so much stronger. So in every storm, there is sunshine. And most importantly, we closed out the year by getting married. After an eight year courtship, Ron and I finally became husband and wife. And it was such a happy occasion.

I wrote in last year's posting: "It will be interesting to read what this post says next year: Ironman, J.D. graduate, and a Reed!!" Oh boy. Hmm, I'm not an Ironman. I never got there. (Insert positive spin now.) But, I'd likely be dead if I had attempted it in the physical and mental state I was in. There will be other times and other events; it just wasn't in the cards this time around. So, cheers to being alive! Technically I'm not done with school. (Insert positive spin now.) But I only have one more week! That's right, only 5 days! And, I'm not even a Reed. (Insert positive spin now.) Well, okay. I am a Reed! I only say that I am technically not a Reed because: (1) our marriage pretty much just happened (7 days ago) so in terms of being all lawyerly like, the name change hasn't been filed, and (2) I don't intend to fully change my name (and Ron is okay with that so long as I am a 'Reed' on facebook :) ) so I'll be a hyphenated pseudo-Reed. But, we are married. I am a wife. Ron is my husband. And of all of the three things I thought I'd be on December 31, 2011, being a pseudo-Reed is the absolute best of the bunch. Truthfully, the fact that we closed out this year on such a high note takes away almost all of the pain that we experienced to get here.

I've long heard that phrase: "If you want to make God laugh, tell him your plans." And I've since heard: "God does not give us anything we cannot handle." And when I look back at this year, I'll remember it as a year that we triumphed, pushed through, and made the most of what we had. We stuck together, put our heads down, and just barreled through a number of obstacles. I learned my lesson: I will not plan my life so meticulously. And when I stray, I will not feel so defeated when I end up needing to turn back because I hit a dead-end. Life is a bit crazy right now anyway with our future residence up in the air. So, I suppose 2012 will be a year of whatever the hell it wants to be. As the Cheshire Cat so wisely informed Alice, "If you don't know where you are going, any road will get you there." So, so be it. I'm open to the future. But I do intend to stick with some of my New Year traditions. I've already baked the Neujahrspretzel. And, well, like 2008 and 2010's good fortune, Ron and I are going back to Orlando to participate in the Disney Marathon Weekend to kick-off the year. With any luck, I'll convince Ron that Disney Marathon Weekend is our best New Year's tradition. As it is, I've already locked us in to the 2013 event.

I close out this year with a treat that I've had on my mind to make for nearly one year, the amazing Baked brownie. It is a famous recipe. And for good reason. Fudgey in the middle and with a thin crust on the top, there is enough chocolate to curb your sweet tooth for a month (or immediately make you run to the platter and grab another one). My oh my, it's pretty damn delicious and incredibly decadent. Friends, thank you for reading my musings and for sticking by me when I fall off radar and vent about my daily struggles. This blog often serves as my therapy, so thank you for being my counselors. Cheers to turning the page on one chapter and starting the next. I wish you a peaceful, prosperous and safe journey throughout 2012. Happy New Year! 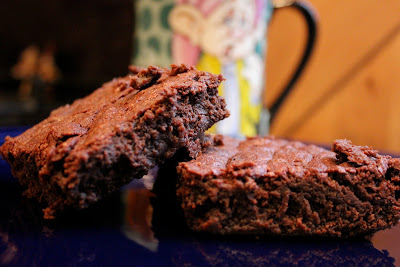