Everyone, meet Dinah Rose! The new addition to the Reed family. 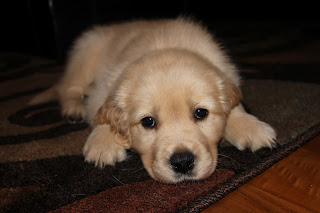 Ron and I have been talking about getting a dog for many years now. We started discussions shortly after we moved to Minnesota but never opted to introduce a dog in our home because we were always renting and wanted to wait until we owned our own place. But after many discussions and after an "OK" from the landlord, we decided it was time - for many, many reasons.

After a harrowing 2 hour car ride and a nasty experience with Seattle traffic, Dinah Rose was introduced to her new home on Friday afternoon. So far, she's done quite well for a puppy. She is slowly experiencing new things. She is quickly learning how to defy her mom's wishes. But she is a smart, smart puppy who reminds me SO much of Madison. In fact, when we met all eleven puppies a few weeks ago - ten curled up in a ball to nap - and Dinah ran around the pen whimpering for more attention. Then Ron said "I want that one!" and I was quickly brisked back to that memorable day when Madison came home with us over sixteen years ago. As I said "oh no bite" she yipped hew jaws and I said "Mom, I want that one!" 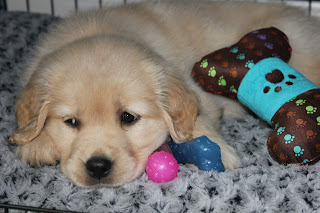 Adorable, but mischevious. But Dinah is doing good. She loves her toys, especially the ones her grandma sent her. She sleeps relatively well (but not yet in her crate) and lets us know when she needs to go potty. It'll take time. And it'll take growth for us as new puppy parents. It's a whole new experience for us and we're taking it one step at a time. She's already the bell of the ball. We brought her up to the farmer's market yesterday and she met no less than 30 people. She even got her little mug on a few camera phones. Some people have even stopped their cars mid-drive so they could hop out and say hello to her! But we had to leave because she got pretty tired and a Seattle windstorm blew through and almost whisked her away. 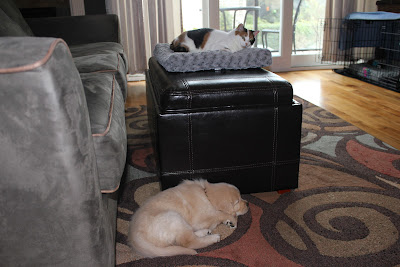 Dinah has met her sister Cali. She's given her kisses and Cali has sniffed her. Cali has shown Dinah that she runs the house (and Dinah went and sulked in the corner) but Cali remains relatively patient so we're happy to see them nap in the same room. Dinah is learning to back away when Cali isn't interested and it's nice to see Cali calm around another animal again. She actually seems at peace, something I haven't seen since Salem went to go chase butterflies in the sky. Cali loves companionship so I know that in time her and Dinah will be nuzzled up next to one another.  Now, I know you might wonder why we chose the name Dinah Rose. Well, I must admit that it was largely me. Dinah Rose combines the best of my two favorite worlds; Disney and Harry Potter. Alice in Wonderland is my absolute favorite Disney animation movie of all time. Dinah is the name of Alice's small red kitten. (Note: Dinah (the dachshund) is also the name of Pluto's girlfriend.) And Rose? Rose is the name of Ron Weasley's (my favorite wizard) and Hermione Granger's daughter.

So far, we're really enjoying our experience. She has such a loving personality and has already brought so much love into our home and we find ourselves excitedly anxious for the challenge. I'll keep you posted on her progress and continue to post pictures as she grows. But tomorrow, I promise to get back to food! 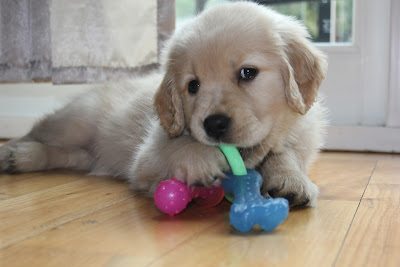